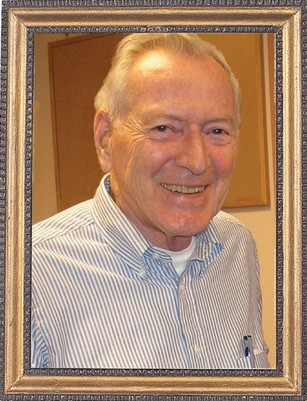 Those who knew Dick Scott remember him as a modest, kind, warm individual with an enthusiasm for selflessly sharing his knowledge and his eagerness to learn something new. His unassuming personality left him open to learn from others at every opportunity. His easy and down-to-earth manner made others feel comfortable around him. He frequently assured us that there are no stupid questions and that there are likely others in the room with the same question.
Dick was an early member of the computer club, helping it grow from a few to several hundred members. Over the years he supported the club by holding office, planning weekly educational programs and events, and teaching. Just one of the events Dick was instrumental in organizing was the Senior Surfers Computer Fair, open to the general public, to show seniors and their families how the world of computers could improve or make their lives more interesting.

Insightful and practical, Dick was a natural teacher. He was often heard to say: “The best way to learn something is to teach it.” Dick was a constant teacher and a constant student.