Among our members we have several who are over 90 years old. That in itself is amazing. What is even more outstanding is that they still attend our club meetings and participate in classes and volunteering. After reading their stories (listed alphabetically by last name) below you will discover that they mostly all have several things in common, aside from being over 90. 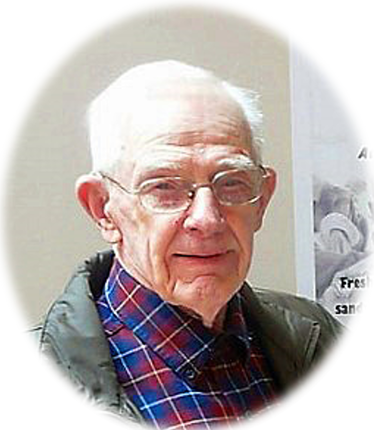 ​From 1942 - 1949 he worked first at the Glenn L. Martin Co. and then the Douglas Aircraft Company, before becoming Assistant Professor in Civil Engineering at VPI (1949 - 1953). He then came to the University of Delaware in 1953, serving as Associate to Full Professor, which included: Chairman of Civil Engineering Department, Assistant Dean of Engineering (10 years), Faculty Advisor to Honor Society.

Tom's avocation is gardening. His current interests include involvement with the Senior Surfers and the Finance Committee at First Presbyterian Church in Newark.

Tom has been a member of the Senior Surfers since December of 2016. He takes lab classes and is always in attendance at our Thursday afternoon programs.

Robert was born in Evanston, Illinois. After he graduated from the University of Minnesota, he worked for DuPont as a chemical engineer.  DuPont brought in a Univac (first commercial computer produced in the United States), and chose Robert to learn the system and teach classes on using the Univac system.

Robert served in the U.S. Army from 1944 - 1946. He also has served in the Coast Guard Auxiliary for 25 years. His passion is sailing and he used his 33-foot sailboat traversing our Atlantic coastline for safety patrols. He also enjoyed teaching the art of sailing to other Coast Guard members.

He has lived in Delaware for over 50 years.